Louisville will play against Georgia Tech in week 6 of NCAA Football on Friday.

The Louisville Cardinals got to 1-2 after losing two games against ranked sides- Miami and Pittsburgh. The Cardinals played fairly well in both games but they lack this special talent, in order to overcome the deficit. QB Malik Cunningham is completing nearly 60% of his throws for 757 yards, 7 touchdowns, and 5 interceptions. RB Javian Hawkins is adding 313 rushing yards for 3 touchdowns.

Georgia Tech is also 1-2 after losing to UCF and Syracuse consecutively. They did not play well at all in these two games and the offense was struggling a lot. The Yellow Jackets are averaging 19.7 points per game which is a very low stat, compared to the 33 points they are allowing per game. QB Jeff Sims is completing just 55% of his passes for 695 yards, 3 touchdowns, and 8 interceptions. He is also the team’s leading rusher with 187 yards on the ground and 2 touchdowns.

From what we’ve seen in the first three weeks of college football, we can definitely say that Louisville is giving us more likable things. Both their offense and defense are better and they are not turning the ball over as much as Georgia Tech is doing this. 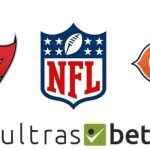 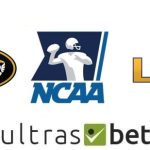