Louisiana Tech will play against Southern Miss in week 3 of college football.

Louisiana Tech started off with a bye week since their game with Baylor got postponed. Last year, the Bulldogs won 10 games and they are expecting to continue their progress this season as well. RB Justin Henderson returns for another year with the team. He finished with 1062 rushing yards and 15 touchdowns. Louisiana Tech is also very good at passing the football as they finished with 268.5 passing yards per game in 2019 and were ranked 32nd in the country.

Southern Miss had some coaching personnel changes after the first game of the season as it did not start the best way for them. They lost to South Alabama 32-21 at home mainly because their running game was missing. RB Frank Gore Jr. finished with 32 yards on 12 carries. QB Jack Abraham completed a lot of passes but he made some incompletions during key moments and that cost them the victory. Also, the play calling is a bit questionable, so that’s one of the things the coordinators have to improve for week 2.

I do not expect Southern Miss to start playing much better under a new head coach. Yes, they have the better roster but they had a lot of distractions this past week and this most probably transcend into week 2. 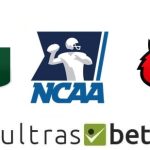 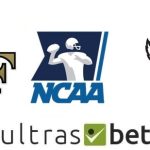