Miami will play against Louisville in week 3 of college football.

The Miami Hurricanes started the season very strongly with a win over UAB, 31-14. QB D’Eriq King continued his impressive run under center even for his new team in college. He finished with 144 passing yards and a touchdown while his partner in crime RB Cam’Ron Harris added 134 yards on the ground with 2 touchdowns on 17 carries. Miami’s defense will once again be led by the sack machine Quincy Roche who finished with 13 sacks last season.

The Louisville Cardinals also started off with a win over Western Kentucky by 14 points. Louisville is a team that has the potential to mix it up on offense. QB Malik Cunningham completed 60% of his passes for 343 yards, 3 touchdowns, and 1 interception in the season opener. RB Javian Hawkins added 71 rushing yards and a touchdown on 19 carries.

Both teams can put a lot of points on the board and they are also able to throw over the top. I think that the 64-point over/under total is about right but these two schools have the potential to exceed this number if everything goes according to plan. D’Eriq King is a very athletic QB who can hurt you both with his feet and arm while Cunningham is a very accurate thrower. 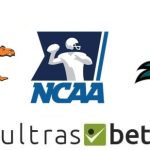 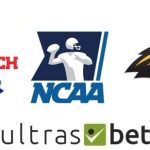