Louisiana will play against Appalachian State in Week 14 of NCAA Football on Friday.

Louisiana has lost only 1 game this season and it came as no surprise against Coastal Carolina. Apart from that, however, they have just been brilliant. Last week, they beat UL Monroe 70-20 with 511 total yards and just a single turnover. The team prefers to run the football but they also use Levi Lewis’ throwing abilities when needed. The defense usually keeps the opponents within 20-21 points per game which is a big plus.

Appalachian State is 7-2 but their season can also be accounted as successful. They only lost to Marshall and Coastal Carolina but in all of the other games, they were as dominant as they can possibly be. The Mountaineers like to control the clock and they are ranked 7th in rushing yards per game with 256.6 and the offense as a whole is scoring 32.8 points per game. The defense is playing pretty well even against elite teams, keeping the opposition under 18 points.

Both teams are pretty explosive off the run and I believe they’ll accumulate great yardage, however, with the running game, you usually get low-scoring outings. I believe that will be the case here as well and both teams will score around 20-24 points which will be no good for an over. 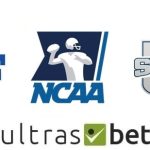