Air Force will play against Utah State in Week 14 of NCAA Football on Thursday.

Air Force has only played 4 games this season and they seemed competitive in all of them. They destroyed Navy and New Mexico and lost expectedly to San Jose State and BSU. The Falcons are first in the country in rushing the football with 336.5 yards per game and one of the worst teams in passing it with 67 yards. Their defense is rock solid and it shines when the Falcons are not playing ranked sides.

Utah State is 1-4 after losing its first consecutive games and finally beating New Mexico in the last outing. New Mexico is by far the worst team in their division, so it is not a surprise that the Aggies were able to beat them. QB Jason Shelley has a lot of things to improve and the whole offense as well. This is what is holding Utah State back, even though the defense is not much better.

Air Force will milk the clock with their ground game while Utah State’s offense will leave the field time after time without scoring points. At some point, the Falcons should distance themselves from the Aggies and win this one comfortably by more than 2 touchdowns. 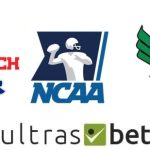 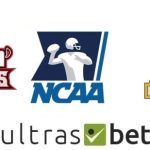