Liberty has a very successful campaign winning 9 of their 10 games they played. The Flames only lost to NC State in a narrow 15-14 defeat. As a whole, their offense is performing really well, averaging 252.1 rushing yards and 231.4 passing yards per game. The defense is also doing a tremendous job, keeping the opponents to less than 20 points per game.

Coastal Carolina is the biggest surprise this season. Nobody expected them to be even near the top 25 teams in the country and here they are, standing at 12th place. The Chanticleers are still unbeaten with an 11-0 record and have shown their defensive prowess on many occasions. We saw how dominant they were against Appalachian State– another team that is predominantly running the football such as Liberty. QB Grayson McCall is completing nearly 70% of his throws for 2170 yards, 23 touchdowns, and 2 interceptions.

I think the bookies are again underestimating Coastal Carolina. The Chanticleers are the clear favorites to me and even though, they can be dominated with the running game, they can score points on the other end of the ball game as well. This won’t be an easy route for Coastal Carolina but they have everything that it takes to get a victory in this bowl game. 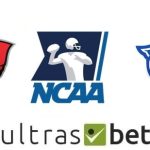 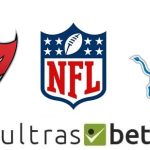