Carolina Hurricanes will play against Boston Bruins in their first match from the playoffs.

Carolina Hurricanes played against New York Rangers in a game that will decide who will advance to the playoffs. Hurricanes win all of the matches in that series. The first victory was the hardest with 3:2. The next two games were won with the same result 4:1 from Carolina.

Boston Bruins played 3 games to decide which opponent will they face in the playoffs. Unfortunately for them, they lost all of them. Their first opponent was Philadelphia Flyers and they beat them 4:1. The next team that won against Bruins was Tampa Bay Lightning with 3:2. Their last clash was against Washington Capitals and the team from the capital won with 2:1.

The last match between Hurricanes and Bruins was on December 4th and the team from Boston won with 0:2. Boston Bruins is the favorite in the upcoming match and in this series but their form is still questionable. Carolina won three matches in a row so far and I think that they will start this series with a victory. 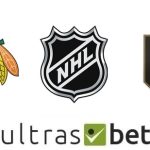