Chicago Blackhawks will play against Vegas Golden Knights in their first match from the playoffs.

Chicago Blackhawks faced Edmonton Oilers in a series that decided who will play in the playoffs. Chicago won the first game with 6:4 but only two days later lost the second match with 3:6. The third clash which was very important was very close and won by Blackhawks with only one goal difference – 4:3. Oilers were leading after the 2nd period but Blackhawks scored 2 goals in the 3rd period and won. The fourth match was against a close one and again won by Chicago with only one goal – 3:2. The winning goal was scored in the 3rd period by Dominik Kubalík.

Vegas Golden Knights played 3 games that decided their opponent in the playoffs. The team showed a very great form and won all of them. Their first clash was against Dallas Stars and was won with 5:3. The second one was against St. Louis Blues and again in a high scoring match, Golden Knights won with 6:4. Their third opponent was Colorado Avalanche and this time the team from Vegas won with only one goal – 4:3. The winning goal was scored by Alex Tuch in the 1st OT.

Vegas Golden Knights are the favorite and from what we saw already from them after the pandemic I can agree with that. However, Chicago also played great and I think that the safest bet here will be on goals. Both teams matches finished with a lot of goals and I expect the same to happen here. 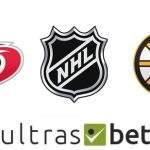 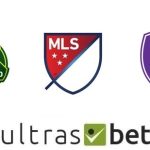