MLS is Back Tournament final will be between Portland Timbers and Orlando City.

Because of the pandemic, the ending of MLS was a little different. Teams were put in groups in Orlando to be decided which of them will advance to the playoffs. Portland played 3 matches in that group and won 7 points. Their first match was against Los Angeles Galaxy and they won it 1:2. The next match was against Houston Dynamo and again Portland won with 2:1. Timbers were an underdog against Los Angeles FC in their last match in the group stage but won a point after 2:2. In the 1/8 finals, their opponent was FC Cincinnati. The match finished 1:1 but the team from Portland won it after penalties 4:2. In the ¼ finals, they were an underdog against New York City but beat the team from the Big Apple with 1:3. In the semifinals betting sites gave equal chances to them and Philadelphia Union. Portland started the clash with a goal in the 13th minute and the second one in the 70th minute. Everything that Philadelphia was able to do was to score in 85th minute but it was too late for them and now Portland will have the chance to win the title.

Orlando City started in their group against Inter Miami and beat them with 2:1. Their next challenge was New York City and even as the underdog, the team from Orlando won 1:3. Their last game in the group stage was against Philadelphia Union and finished 1:1. In the 1/8 finals, they faced the Canadian team Montreal Impact and beat them with 1:0. The goal was scored by Tesho Akindele in the 60th minute. In ¼ finals Los Angeles FC was the favorite and everyone expected the team from L.A. to win easily but the regular time finished 1:1 after Joao Moutinho scored in the last minute of the game. After that Orlando scored all of their penalties and won 5:4. Their semifinal opponent was Minnesota United and they beat them with 3:1 after two goals from Nani and one from Benji Michel in the extra time.

The favorite in the upcoming clash for the title is Orlando City. However, the chances that betting sites give both teams are almost equal. Both of the clubs won one match in the playoffs after penalties. I also think that we can’t talk about a favorite and the other thing that Portland and Orlando have in common is that they score goals. Because of that, I will recommend you to bet on both teams to score.

Both Teams to Score at 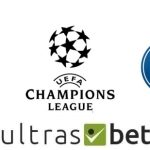