Oklahoma City Thunder hosts Houston Rockets at Chesapeake Energy Arena on Thursday. The hosts won their last six games and will be looking for a new success against James Harden’s team.

Oklahoma City Thunder are on the 3rd position in the Northwest Division in the Western Conference of the NBA. Thunder have six wins and four losses this season. They started the season very poorly with four consecutive defeats against the Golden State Warriors, the Los Angeles Clippers, the Sacramento Kings and the Boston Celtics. Oklahoma City Thunder recorded the first season’s success against Phoenix Suns with 117-110 and has been performing better ever since. In his last match yesterday, Oklahoma defeated Cleveland Cavaliers with 96-85. Dennis Schroder scored 28 points in this game for Oklahoma, but Russell Westbrook is the top scorer of the host with 24.1 points per game.

Houston Rockets have four wins and five losses since the start of the season. The Rockets defeated Indiana with 98-94 in a very controversial game on Monday. James Harden scored 28 points as he has 27.8 points on average during the season. Clint Capella also played very heavily and he has 11.30 average matches per match this season. Houston Rockets are in good shape after winning their last two away games. They beat the Chicago Bulls with 96-88 on their last visit, but now I think they will lose against Oklahoma City Thunder. 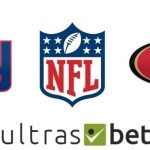 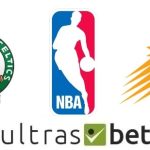