In a game from NFL Week 10, we will see New York Giants at San Francisco 49ers.

Both the Giants and the 49ers had high hopes before the season started, however, things haven’t worked out. The 49ers’ quarterback Jimmy Garoppolo got injured and he is out for the season while his backup is throwing tons of picks. That is why they benched Beathard and I expect Mullens to start- that is the same game that snapped the losing streak against the Raiders. The 49ers played two of the worst offenses in their last two games and that is why they didn’t allow much.

The Giants’ trouble continue. The only bright spot on their roster is their running back Saquon Barkley who has already reached 1000 combined running and receiving yards. Even though he is playing well, it seems that Eli Manning is not on the same page with Odell Beckham Jr. and Evan Engram. They even went 1 for 15 on third down conversion two weeks ago against the Redskins.

The two-time Super Bowl champion couldn’t play well against the injured Falcons’ defense and now he will even face a better one. San Francisco has the more cohesive unit and I expect them to do well here, especially against a struggling side on offense. We have already seen that they can play well against these teams. 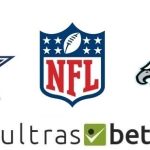 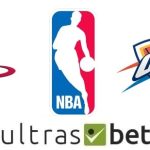