Hawaii will play against Houston at New Mexico Bowl.

Hawaii is .500 this season but we haven’t seen them dominate a game yet. Their only wins came against average or below average opponents such as Fresno State, Nevada, UNLV. QB Chevan Cordeiro is completing 62.1% of his passes for 1947 yards, 11 touchdowns, and 6 interceptions. He is also a thread on the ground, rushing for 450 yards on 108 carries. He is basically both the reason for their wins and for their losses.

Houston was one of the best offensive teams during the past couple of years but they lost some key pieces in the summer and took a step back. The Cougars are 3-4 after losing big time against decent opponents. Their only wins came against teams that are mainly rushing the football. Houston’s offense is still very good, averaging 32.3 points per game with 268.1 yards but the defense is as weak as ever, allowing 32.6 points per game.

This is definitely not Houston’s year. They have been super inconsistent while Hawaii showed some good games so far. Cordeiro is a great player that can hurt any opponent and I think he will be able to keep them late in the game. 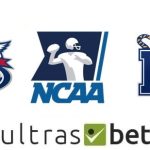 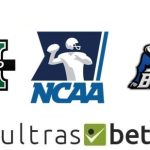