Florida Atlantic will play against Memphis at Montgomery Bowl.

The Memphis Tigers have a very interesting team that is always taking the game to its opponents. They are not afraid to attack and do it no matter what. If they were a bit more conservative with this approach, they could have been 8-2 already, winning the game against SMU. QB Brady White is completing 60% of his passes for 3096 yards, 28 touchdowns, and 9 interceptions.

Florida Atlantic played just 8 games this season but the football they showcased is exceptional. They count on the defense to force turnovers and give their offense the chance to start near the opposition’s red zone. The Owls have 4 players with 5+ interceptions and 5 players with 9+ sacks. As a whole, they are allowing just 16.5 points per game. The offense does not shine with anything but that is not needed when you have such a defense.

I expect this game to turn into an ugly outing. FAU has the potential to do this by neutralizing its opponents. The Owls will definitely keep it close and will force a couple of turnovers that will give them opportunities to score. 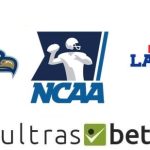 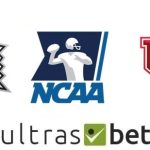