The New England Patriots continue to be ranked 1st in the NFL rankings and this week, they will be playing the Giants on a short week. The only time they didn’t win with double digits was against the Bills where Brady had an off day. Tom Brady is completing 63% of his throws for 1409 yards, 10 touchdowns and 2 interceptions. RB Sony Michel is doing most of the damage on the ground with his 262 rushing yards and 3 touchdowns.

The New York Giants started playing Daniel Jones and everything looked very well until they faced the Vikings at home. Kirk Cousins finished with over 300 passing yards and 2 touchdowns while Jones finished with less than 200 and 1 pick. I believe that this will be another of these games where the defense is just too good for Daniel Jones to overcome it in year 1 of his professional career.

New England will probably stop the run and make Jones throw some passes and we very well know that Jones is not that experienced to play against a Belichik defense. 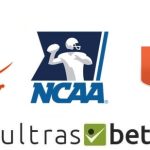