The New York Giants surprised everybody this season by winning 7 of their first 10 games. The only losses for the Giants came against the Cowboys, the Seahawks, and the Lions. New York has an elite defense but does not look that elite against high-powered offenses. All of the Giants’ wins came against below-average offenses or offenses that had injury problems. New York has a top 5 rushing offense led by RB Saquon Barkley with 953 yards and 6 TDs.

The Dallas Cowboys are also 7-3 but had much more respectable wins than the Giants. Dallas won against the Bengals, the Rams, and the Vikings in games that were very entertaining. The Cowboys looked formidable against the Vikings last week when QB Dak Prescott was nearly unstoppable with the amazing 22 completed passes of 25 attempted. RB Tony Pollard is also utilized as a receiver and even finished last week with 2 receiving TDs.

Dak Prescott returned for the Cowboys, and they are now showing a much different face. This is, however, a division rivalry game against the Giants. The Giants have a good defense, and I don’t believe that Dallas is capable of beating two strong opponents in a dominating fashion in a matter of less than a week. 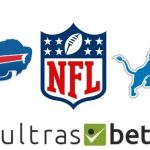 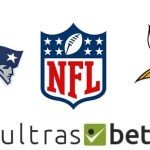