In NCAA Football Week 15, we will see Georgia at LSU.

The Georgia Bulldogs will most likely miss the college playoffs because they will have to play LSU before that. The Bulldogs are 11-1 and they won against several good teams, including Notre Dame, Auburn, and Texas A&M but lost to South Cal, 20-17. QB Jake Fromm was a Heisman winner candidate prior to the season but he will certainly not get many votes and he will fall in the draft due to his inability to throw the ball over the top. He has very limited skills and even though he is accurate, he doesn’t possess a strong arm. RB D’Andre Swift will certainly be drafted perhaps in the first round with his high production- 1203 rushing yards on 193 carries.

LSU has some playmakers on defense but, overall, they are underperforming on that side of the ball. They are allowing big numbers against the good teams while scoring 48.7 points per game which is good for 26th in the league. This is a team that managed to beat Florida, Texas, and Alabama and they will certainly have high hopes for the upcoming playoffs. QB Joe Burrow may even be the number one draft pick next year as he is completing 78% of his throws for 4366 yards, 44 touchdowns, and 6 interceptions.

LSU is much better than Georgia and I expect them to win the game but I also think that Georgia will be able to score many points as well. This won’t be a typical shootout but I expect many points coming to both ways, especially in the second half. 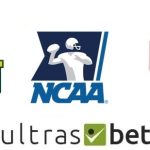 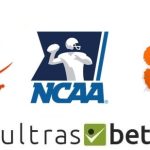