In NCAA Football Week 15, we will see Baylor at Oklahoma.

Both teams faced a few weeks ago and Oklahoma won that game in a close fashion 34-31. This is the only loss that the Baylor Bears suffered for the whole year but this was also the only ranked opponent they faced. In that game QB, Charlie Brewer finished with just 194 passing yards, 2 touchdowns, and 1 interception. The ground game was missing and he finished as the team’s leader in rushing with 17 carries and 65 rushing yards.

On the other side, we also have an 11-1 team that lost unexpectedly to Kansas State. The Sooners play little to no defense but this is working very well for them. Jalen Hurts looks phenomenal and he will certainly be a 1st round draft pick in the upcoming NFL draft. He is completing 72% of his throws for 3347 yards, 31 touchdowns, and 6 interceptions. He is also strongly considered as a Heisman Trophy winner because not only he is throwing the ball well, he is also the leading rusher of the team with 1217 yards on 196 carries.

Oklahoma is the much better team and I even expect them to do better than a few weeks ago when they won by just 3 points. Oklahoma already saw the Baylor offense once and I expect them to perform at a higher level. 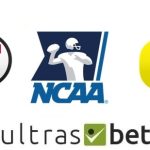 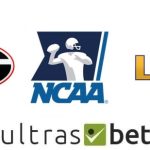