In NCAA Football Arizona Bowl, we will see Georgia State at Wyoming.

Georgia State is 7-5 this season and the team got famous for its abysmal defensive abilities. They are allowing 36 points per game and even though the offense is good, it is not always enough to secure victories. The Panthers are just coming off a 38-10 loss to Georgia Southern where the offense could not get going. QB Dan Ellington finished the game with just 182 passing yards while RB Destin Coates had just 4 carries because Georgia State was trailing the whole time.

The Wyoming Cowboys are 7-5 but they have a much better defense that is allowing only 17.8 points per game. The offense, on the other side, is averaging 24.3 points per game but they rarely rely on any passing game. Sean Chambers and Tyler Vander Wall both played this year as QB for the Cowboys and it is still unknown who will start the bowl game. Chambers is completing less percentage of passes but Vander Wall had a 3-interception game just 3 weeks ago.

Both teams love to run the football but Wyoming clearly has the better defense overall and the Cowboys are also allowing only 99.4 rushing yards per game. Georgia State, on the other end, is allowing 211.6 and I believe this will make the difference on Tuesday. 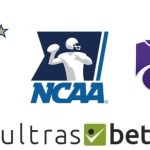 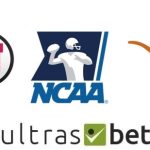