In NCAA Football Liberty Bowl, we will see Navy at Kansas State.

Kansas State had a very strange year. This is a team that registered wins over the playoff side Oklahoma and against the 23rd ranked Iowa State. Clearly, the Wildcats have talent, especially on offense but they do not have a good enough passing game to keep them competitive throughout the whole season. QB Skylar Thompson is completing 59% of his throws for 2191 yards, 12 touchdowns, and 5 interceptions. RB James Gilbert is adding 698 yards and 6 touchdowns while the QB himself has 402 rushing yards and 10 rushing touchdowns.

The Navy Midshipmen had a very good season and they finished just where we predicted them to finish before the start of the season. They had a strong campaign with 10 wins and 2 losses and the losses came against very tough Memphis and Notre Dame sides. QB Malcolm Perry is the go-to guy on offense with his 1027 passing yards and 6 passing touchdowns. He is also the team’s leading rusher- 1804 rushing yards on 267 carries and 21 rushing touchdowns.

The Wildcats had a month to prepare for the read-option. I expect them to be good in this one as they will not have much else to do on defense. Kansas State will be the more athletic and physical side and we all know what happened in the Notre Dame game for Navy. 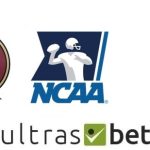 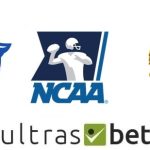