Georgia Southern is 1-3 on the year. The team started with a devastating 3-55 loss to one of the best teams in the country LSU. Then, they managed to beat Maine but also lost consecutively after that to Minnesota and Louisiana. The team is mostly relying on the run with Logan Wright leading the way with 248 rushing yards so far and 2 touchdowns. QB Justin Tomlin has just 162 passing yards and he has completed 46% of his passes for 0 touchdowns and 0 INTs.

On the other side, we have the home team- South Alabama. The Jaguars are 1-5 with their only win coming against Jackson State. Their offense is much better but the defense is suspect. Cephus Johnson has completed 53% of his passes so far for 514 yards, 3 touchdowns, and 5 interceptions. Tra Minter is the leading rusher with 432 yards and 2 touchdowns while the starting QB also has 192 yards and 4 touchdowns.

Both offenses should look good in this one. But I believe that Georgia Southern has more quality on the defensive side of the ball. Having in mind that the Jaguars’ QB Johnson has 5 interceptions so far, I can easily see him throwing a couple more here. 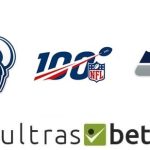 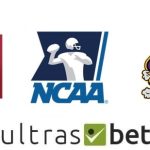