The Los Angeles Rams are not the same team. They are clearly suffering from a Super Bowl “hangover” and a game on the West Coast against Seattle is never wanted in such cases. Todd Gurley is not as productive as we expect him to be. He has ran for 219 yards on 49 attempts and he also has 3 touchdowns. He is no longer a big threat coming out of the backfield with the football. Jared Goff has also taken a step back in his development. He is completing 64% of his passes for 1254 yards, 6 touchdowns and 6 INTs.

The Seattle Seahawks are 3-1 on the year but the two times they faced elite opposition, they didn’t play up to the standards. The first time they got lucky that Roethlisberger got injured and won the game against the Steelers and the second time, they couldn’t beat Bridgewater and the Saints at home.

We just saw Los Angeles scoring 40 on the Buccaneers. Seattle has a chance of winning this game because I expect to put at least 24-27 but the defense must be very solid. At the end of the day, I will give the win to the Rams because they have the more talented side but you can expect lots of points from both offenses. 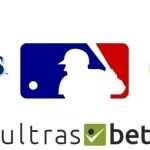 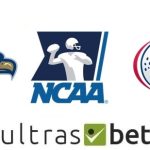