In NCAA Football Week 12, we will see Fresno State at San Diego State.

The Fresno State Bulldogs are 4-5 without even playing any ranked teams. The team is young and it lacks any experience. Due to their youth, they are allowing many points but they are also very explosive on offense and scoring many there as well. QB Jorge Reyna is very efficient with 2106 passing yards, 11 touchdowns, and 6 interceptions while RB Ronnie Rivers has 655 yards on the ground and 11 touchdowns.

The San Diego State Aztecs are 7-2 and they were on a 4-game winning streak before losing to Nevada last time out. They are a team that relies much on their defense, allowing just 14.4 points per game and scoring 20.8. QB Ryan Agnew is completing 62.2% of his throws for 1623 yards, 10 touchdowns, and 4 interceptions. He is a senior quarterback and even though he lacks talent, he is more than capable to hurt you because he knows what to do in key situations. RB Juwan Washington has rushed for 450 yards so far this season and he is the leading rusher of the team.

I am going to side with the better defense in this one. The Aztecs will also play at home and I do not believe that Fresno State will be able to put up many points on the board. They will certainly have a hard time, converting on third down and this will result in a loss. 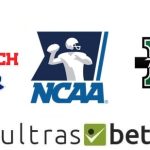 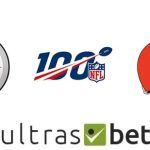