Florida Atlantic vs Florida International in Week 11 of NCAA Football on Friday.

Florida Atlantic is a team that can defend really well. The Owls are allowing just 11.5 points per game and they have already played against a ranked side- Marshall where they lost 20-9. All of their games are low-scoring ones and they are averaging just 16 points on offense. This is a team that likes to run the football and no matter how effective this is, they stick to it because the passing game is basically missing. QB Nick Tronti has completed 47 out of 87 throws this year for 490 yards, 3 touchdowns, and 1 interception.

On the other side, we have an FIU team that is struggling on both sides of the ball. The Panthers are scoring 24 points per game but they are also allowing 28.7 points. FIU is similar to FAU in some regards- both teams like to run the football and do not have any playmakers that can throw or catch footballs.

FIU’s ground game is really effective. Even though they have lost all of their games, they were fairly competitive in all of them. I expect this to be a low-scoring game that FAU will win but I do not believe they can do this by 10 or more points. 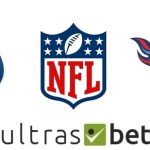 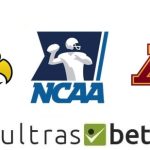