Iowa will play against Minnesota in Week 11 of NCAA Football on Friday.

Iowa started the season with 2 consecutive losses against Purdue and Northwestern but then went on to beat Michigan State. When they are playing decent opponents, it seems that they can average 20 points per game and this is who they really are. QB Spencer Petras threw the ball for 50 times against Northwestern and 39 times against Purdue. This will definitely backfire at them when they play tougher opponents.

Minnesota is also 1-2 after losing to Michigan and Maryland and beating Illinois. The Golden Gophers have a lot of issues on the defensive side of the ball. They allowed an average of 47 points in their losses and that’s a lot. The team is doing a good job of rushing the football as it is averaging 238 yards per game but the defense needs to step up if they are to compete this season.

58.5 total seems like a good number for most people, having in mind that these two offenses can score a lot and their defenses are pretty shaky. However, we forget the fact that these teams are pounding the ball a lot and this eats the clock. Most probably, they will not have enough time to score 60 points combined or more because of this. 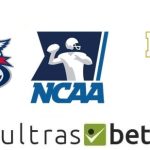 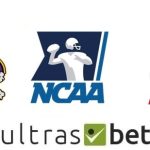