Florida Atlantic will play against Charlotte 49ers on Friday at Jerry Richardson Stadium.

Florida Atlantic is .500 after losing 3 and winning 3 of their first 6 games. The Owls have trouble scoring points so far this season after averaging 29.7 points per game which is fairly low for a college team, facing mostly weak defenses. The defense, on the other side, is respectable, allowing just 23 points per game. QB N’Kosi Perry is completing 60.4% of his passes for 1471 yards, 11 TDs, and 4 INTs.

Charlotte 49ers has a winning record of 4-2, even though they have a worse team than Florida Atlantic. Their losses came against Georgia State and Illinois and I must say that they were expected. As a whole, Charlotte has similar statistics to Florida Atlantic. The 49ers score 29.8 points per game and allow 25.7 points. Their offense is mixing up passing with rushing the football with passing being their better weapon so far.

Florida Atlantic has the better talent at its disposal and the key thing in this game I believe would be that the Owls are ranked 8th in the country with the fewest passing yards allowed. That will separate them from their opponents and they will cover the spread. 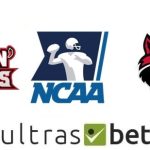 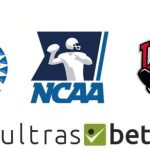