The Denver Broncos entered the season as a dark horse that can sneak into the playoffs but lost their first 3 games and all hopes went to hell. Since then, they are 4-4 and are having roller coaster performances. They lost their games against the Chiefs, Raiders, Falcons, and Saints with the latter being their most disappointing outing when they had to play without a healthy QB. Their only wins came against under .500 teams, except for the Dolphins.

The Kansas City Chiefs have only lost one game this year and it came against the Las Vegas Raiders. Apart from that, they have just been sensational, winning against Buccaneers, Bills, and Ravens. Patrick Mahomes continues to be a very strong MVP candidate with his 69% completed passes for 3497 yards, 30 touchdowns, and 2 interceptions. Their offense is 2nd in the league in points scored and 1st in passing yards per game.

These two teams already played this season and the Chiefs dismantled the Broncos. I expect the exact same thing to happen on Sunday, especially with many Denver players who haven’t trained properly the last couple of weeks and joined their teammates on Wednesday. 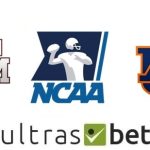 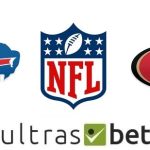