The Dallas Cowboys are 5-1 and currently on a 5-game winning streak. They had a bye week last week and QB Dak Prescott used this time to recover from his calf injury. The bad news is that he was limited in all practices during this week and the indications we receive from Dallas are that “it is a long season and they need to make the right decision for the long-term”. This most probably means that Prescott won’t suit up on Sunday and when he is out, the Cowboys are plain terrible.

The Minnesota Vikings are .500, standing at 3-3. They do not have any major injury problems and all their main players are expected to play on Sunday. The Vikings have a decent team who can score enough to keep things interesting and a defense that can make a few key stops a game. Usually, their games are decided by the slimmest of margins and it all comes down to last-minute drives.

The Vikings are on a 2-game winning streak and winning 3 of their last 4 games. The only game they lost during that span was against the Browns where the Vikings were scoreless for 3 straight quarters. With QB Dak Prescott most probably out, I’m siding with the Vikings to cover the spread and go over .500. 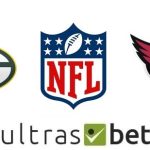 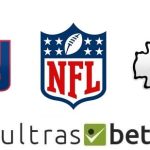