The Green Bay Packers won 6 straight after losing in week 1 to the Saints. They looked amazing against Pittsburgh and Cincinnati- teams that are both playoff contenders. QB Aaron Rodgers is completing 68.4% of his throws for 1710 yards, 15 TDs and 3 INTs. RB Aaron Jones had one big game early in the season and has been relatively quiet since then with 404 rushing yards and 2 TDs so far in the season.

The Arizona Cardinals continue to be unbeaten and the hype only gets bigger in America. Last week, they struggled in the first quarter against the Texans but then they went on a big run to win 31-5. Their most memorable performance this year has been against the Rams on the road where they beat them 37-20. QB Kyler Murray is just sensational, completing 73.5% of his passes for 17 TDs and 5 INTs. The Cardinals’ defense is also the best in the league, allowing just 16.3 points per game.

The Cardinals have one of the best passing defenses in the business, allowing 201 passing yards per game. Green Bay, however, is also there with 210 passing yards allowed per game. In terms of rushing defense, both teams also look evenly matched. The Cardinals’ offense is definitely better than Green Bay’s but we saw how the Cardinals can struggle against the elite 49ers’ defense. Add Aaron Rodgers to the equation and I believe we can have a tight game. 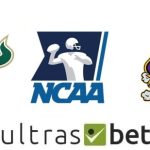 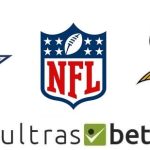