In NCAA Football Week 7, we will see Colorado at Oregon.

Even though the Colorado Buffaloes managed to beat the 24th ranked Arizona State and the 25th Nebraska, they are still a 20.5-point underdog in this one. They are a very young and inconsistent team and they also suffered losses against Arizona and Air Force. QB Steven Montez is completing 67% of his throws for 1463 yards, 10 touchdowns, and 2 interceptions, having in mind that he has faced tough opposition already.

The 13th ranked Oregon has one of the best defenses in the entire country, allowing just 9.8 points per game. The Ducks have only lost to one of the best Auburn teams we have seen in years. Outside of that, they did not have any trouble beating Nevada, Cal and many others. QB Justin Herbert has gotten big attention this year and he is considered to be on the same page with Jake Fromm and Tua. He is completing 71.6% of his throws for 1341 yards, 15 touchdowns, and 1 interception.

Colorado’s schedule is difficult. The Buffaloes have shown so far that they are a respectable team and even though Herbert is great, I believe that the Ducks won’t be able to cover the spread. It is too much against a side that already beat 2 ranked teams. 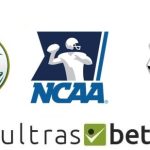 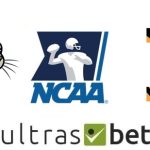