In FCS Football Week 7, we will see Lafayette Leopards at Princeton Tigers.

The Lafayette Leopards are 0-5 after the first five weeks of college football and the defense conceded less than 30 points on just 2 occasions. Last time out, they were at least competitive against Pennsylvania and lost by 4 points. Keegan Shoemaker completed 23 out of 33 passing attempts for 287 yards, 3 touchdowns, and no picks. RB John Gay rushed for 71 yards on 13 carries.

The Princeton Tigers, on the other side, are 3-0 after dominating victories over Butler, Bucknell, and Columbia. The team is averaging 53 points per game against opponents like Lafayette and conceding just 15 points. Last time out, they played against Columbia which was a 1-1 team at the time and beat them 21-10. The defense showed up in a game where the running game could not get going at all with Collin Eaddy finishing with just 60 yards on 21 carries. QB Kevin Davidson also had a rough time throwing the football finishing with 271 passing yards, 1 touchdown, and 1 pick.

Kevin Davidson is a good QB for the FCS standards. He faced a very tough defense last week and having in mind that he will play Lafayette this time out, I expect him to bounce back in style. Things can get real ugly and a 30 point loss is the least Lafayette will get out of this game. 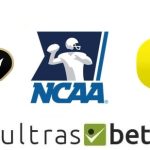 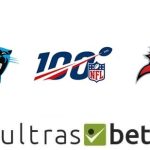