In a Division Championship Game, we will see Cleveland Indians at Houston Astros.

Justin Verlander had a great game on Friday and he burned the hopes of the Indians to take the W in the first game. After he left the game, the Indians were able to score 2 runs but that was not enough to cover the 5-run deficit. The Astros’ offense performed at a very high level, even though Kluber didn’t give them a chance in the first three innings. Things don’t look better for Cleveland in game 2 because their starting pitcher Carrasco gave up 15 hits and 8 runs against Houston in his 2 starts in the regular season.

Cole is expected to start on the mound for Houston. He has pitched very well throughout the last month, giving up just 10 runs in 5 starts. He has won 6 straight games for the Astros when he started.

It is really hard to pick against the Astros at home at the moment. I do not plan on doing it as they have won 5 of their last 6 ALDS games and Cole’s last 4 starts. Carrasco is giving up 0.65 runs per inning against Houston and that is too much, especially in a playoff game. 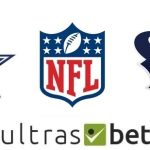 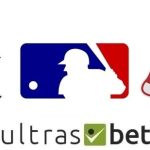