The Kansas City Chiefs finally won two games in a row this season- for the first time around. They beat the Giants and the Packers at home and are actually 3-1 in the last 4 games. The Chiefs, however, did not play very well in both games and if it wasn’t for the bad offenses they faced, they might’ve lost both of these games. Last week, Kansas City scored just 13 points against the Packers with QB Patrick Mahomes completing 20 out of 37 passes for 166 yards and a TD.

The Las Vegas Raiders are 5-3 but the concerning thing is that they lost 3 of their last 5 games. Last week, they even lost on the road to the New York Giants in a game where QB Derek Carr completed 30 of 46 passes for 296 yards, 1 TD, and 2 INTs. RB Josh Jacobs returned to the side and he carried the ball really well for 76 yards but he could not be exploited more as the Raiders were trailing the whole second half.

The Raiders and the Chiefs are both capable of scoring a lot of points. Their defenses are also one of the worst in the league for teams with winning records. This definitely means we will be in for a shootout on Sunday evening. 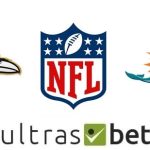 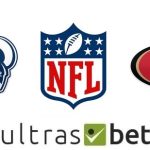