The Baltimore Ravens escaped a real nail-biter against the Vikings on Sunday. QB Lamar Jackson had an awful game where he made a lot of wrong decisions but the Ravens still managed to win. WR Marquise Brown made a couple of impressive catches in the 4th quarter and in OT to help his team for the W. Lamar Jackson was amazing on the ground but the main question is whether he will continue to make so many questionable throws. The Ravens continue to lead the league in rushing yards per game.

The Miami Dolphins are coming off their second win of the campaign. They won against the Texans a game that they controlled from the beginning to the end. Things did not always look so good about the Dolphins who made a key defensive stop in the 3rd quarter in their own territory to prevent Houston from scoring. If it wasn’t for that stop, Miami could’ve lost that game. In the end, they won 17-9.

QB Tua Tagovailoa is expected to play on Thursday, even though he will be a game-time decision. Even if he plays, I don’t think that Miami’s offense will improve a lot. He will give them some stability but the Ravens are just a good all-around team that won’t mess around much before getting an early lead and outscoring their opponents on Thursday. 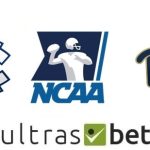 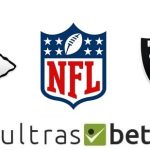