The Kansas City Chiefs are coming off a season where they fell just short of a Super Bowl appearance. The big difference this season is that WR Tyreek Hill is no longer a part of the team. He moved to Miami, but the Chiefs are still contenders. QB Patrick Mahomes is preparing for another MVP-caliber season. He recorded a remarkable 4839 passing yards and that was the second-highest achievement of his career.

The Arizona Cardinals play in one of the toughest divisions in football, and their season starts with a game against one of the toughest opponents in football. The Cardinals resigned QB Kyler Murray to a big deal this summer, and there is no reason to believe that he won’t justify his money. The running game continues to be an issue for the Cardinals, but the offense plays very well despite that. Last season, Arizona was decent on defense but did not impress much.

The Chiefs added two new pieces on offense such as JuJu Smith-Schuster and Marquez Valdes-Scantling. It will take him some time to get in sync with his new teammates and his first game will be on the road against one of the most explosive offenses. A 6-point spread feels way too much against Kyler Murray and this Cardinals team. The Cardinals should be able to keep up with the Chiefs’ scoring. 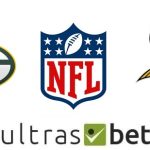 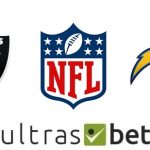