The Chicago Bears are 5-1, losing only to the Colts and this is understandable. Indianapolis has a great game and they are a quarterback away from winning a title. Since then, they’ve beaten the Buccaneers and the Panthers, holding them to just 17.5 points. As a whole, the team is giving up 19.3 points per game which is good for 7th in the league while the offense is scoring 21.3 points per game- 27th in the league.

The Los Angeles Rams are 4-2 and they are coming off a tough loss against the 49ers last Sunday. They are a much-balanced side this year and not just a high-powered offense with no defense. It is interesting that Los Angeles’s defense is even better than Chicago’s allowing 19 points per game and it is ranked 5th in the league while the offense is averaging 25.3 points per game- 19th in the league.

I expect Bears’ QB Nick Foles to do just enough to keep up with Jared Goff and the Rams. The Bears seems like they have turned the corner and are not looking back after replacing Trubisky with Foles and the offense is playing with much more confidence. The Rams, on the other side, showed how vulnerable they can be if the opposition runs the football effectively against them and Chicago has the potential to do that. 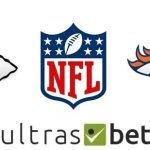 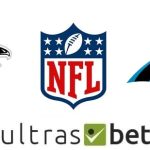