Atlanta Falcons will play against Carolina Panthers in week 8 on Thursday Night Football.

The Atlanta Falcons fired their head coach just after their home loss against the Panthers a couple of weeks ago. There is an interim coach at the moment who is doing a pretty good job of leading Atlanta. They started running the ball more often and more efficiently- beat the Vikings and almost beat the Lions if it was not for a late touchdown-winning drive by Matthew Stafford.

The Carolina Panthers are 3-4 but they are on a 2-game losing streak, after falling to the Bears and Saints. Christian McCaffrey is expected to play against Atlanta, even though he is still questionable. The secondary proved to be below-average and Atlanta could exploit that, having in mind that Julio Jones and Calvin Ridley are both back. OT Russell Okung will miss this game due to injury as well, according to reports. He is an integral part of Carolina’s success with his blocking.

With McCaffrey and Okung out or playing but not 100% ready is definitely a bad sign for the Panthers. Atlanta is on the verge of turning their season over and they will have an excellent chance to do that against a below .500 team. 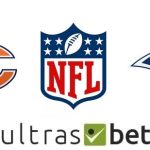 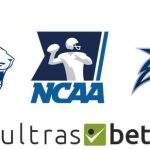