In NCAA Football Week 2, we will see California Golden Bears at Washington Huskies.

The California Golden Bears started the season with a dominant win over UCD by a score of 27-13. Christopher Brown Jr. had a monstrous game on the ground, rushing for 197 yards and a touchdown. Chase Garbers finished with 238 passing yards, 2 touchdowns, and 1 interception. He will have a much bigger test this week against the 13th ranked team in the country. If Cal doesn’t turn the ball over, they stand a very good chance of keeping the game close on Saturday.

Washington, on the other side, had a very good 2018 season. They beat Eastern Washington in the season opener this season by a score of 47-14. Jacob Eason finished the game with 349 passing yards and 4 touchdowns while running back Richard Newton ran for 91 rushing yards and he also had a touchdown.

Washington is looking to improve its last season’s performance with an even better record this year. Cal has a very good ground game and I expect them to keep the ball away from Washington. I expect a close game where there won’t be many points scored. Even though the 43.5 over/under line is tempting, it is too low and I wouldn’t risk betting on the under but I believe that Cal will cover the spread. 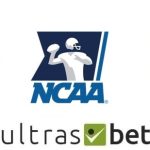 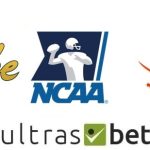