BYU will play against Houston in Week 7 of NCAA Football on Friday.

BYU is ranked 14th in the country and the defense is really stepping up this year. The team is allowing just 11 points per game while the offense is scoring 43.8 points. QB Zach Wilson’s draft stock is going up with each game he participates in. He is completing 81% of his passes for 1241 yards, 8 touchdowns, and 1 interception. The ground game is also performing very well as RB Allgeier and Katoa have rushed for over 600 yards combined.

Houston is not a ranked school mainly because 3 of their first 4 games got postponed. Last week, they opened the season with a win over Tulane, 49-31. QB Clayton Tune played really well in this game, completing 20 out of 33 passes for 319 yards, 2 touchdowns, and 2 interceptions. RB Kyle Porter also rushed for 57 yards and a touchdown on 11 carries.

BYU is one of the teams I like the most this season. Their secondary is pretty good and even though Houston will score some, Clayton Tune will be intercepted as well. Zach Willson is playing that better than any QB this year that I just can’t see BYU, losing this game against the rusty Cougars. 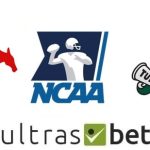 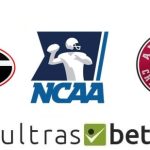