Georgia will play against Alabama in Week 7 of NCAA Football on Saturday.

This is the game of the weekend- it is probably the most anticipated game in the whole USA, coming just behind Packers-Bucs. The Georgia Bulldogs are ranked third in the country after beating Arkansas, Auburn, and Tennessee. Auburn and Tennessee are ranked sides but got demolished by the Bulldogs. QB Stetson Bennett is impressing a lot, completing 63% of his passes for 689 yards, 5 touchdowns and 0 picks. RB Zamier White is also playing very well, rushing for 209 yards and 4 touchdowns on 54 carries.

Alabama is ranked 2nd in the country after destroying Missouri, Texas A&M, and Ole Miss. The offense is better than ever- ranked first in the whole country, averaging 51 points per game. They are mainly relying on the passing game as they are averaging 385 yards per game through the air. The defense is a bit sloppy but Nick Saban is still the coach of this team, so I expect it to become much better with each game of the season. QB Mac Jones is completing 80% of his throws for 1101 yards, 8 touchdowns, and 1 interception.

Georgia’s squad is very good but they are pretty young. I see them 1 or 2 years away from competing for a championship. Alabama will be playing at home and we can rarely see them losing there. 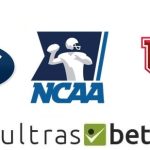 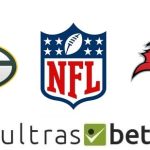