SMU will play against Tulane in Week 7 of NCAA Football on Friday.

The SMU Mustangs are unbeaten so far this season and they have a very respectable win on their resume- against Memphis at home. This was the first time they had to face a ranked side this season and they passed this test with exceptional play. QB Shane Buechele is completing nearly 69% of his throws for 1326 yards, 10 touchdowns, and 2 interceptions. The running game is also on a high level as SMU already has two players who have rushed for over 295 yards.

Tulane is 2-2 after losing to Navy and Houston and beating South Alabama and USM. Both of the oppositions they beat are small schools without much quality. They are allowing over 30 points per game against better sides and now, they will be playing a ranked side in the top 20. This is a team that struggles with passing the football and prefers to run it on the ground. There are 4 players who have already rushed for over 100 yards this season.

Tulane is a big question mark for me this season. If they get the passing game right, they will have a chance of beating much better opponents. For the time being, however, I cannot bet against a much better and talented SMU squad that is ranked 17th in the country. 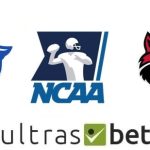