In NCAA FCS, we will see Bethune Cookman Wildcats at Jackson State Tigers.

The Jackson State Tigers have many quarterbacks to choose from. The interesting thing is that they are all top prospects for FCS teams. Derrick Ponder returns while 4-star freshman recruit Jalon Jones will fight for his spot. The Western Michigan transfer Quincey Casey also has a shot at taking the center role. Jordan Johnson, their leading rusher, also returns for a fourth straight year. The receiving corps return and the newcomers have high potential to replace them. The defense will continue to be dominant because most of their players also return.

Bethune-Cookman finished last season with a 7-5 record. They will continue to rely on their defense which was very dominant last season. Linebackers Devin James and Marquis Hendrix will continue to play for them. The front 7 is huge and can make great impact on any game. If the secondary finds its rhythm, watch out FCS fans. They may manage to give up just 10 points per game or less this season.

I’m still not sold on the quarterback situation in Jackson State. They are a team that will find its rhythm throughout the course of the season. Even though their defensive unit is not as good as Bethune-Cookman’s, they still have key players capable of making big plays. I believe that they will do just enough on Sunday to cover the spread. 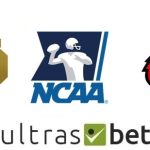 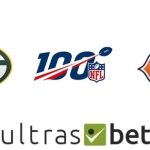