Baltimore Ravens will play against Cleveland Browns in week 14 on Monday Night Football.

The Baltimore Ravens lost 3 of their last 4 games but bounced back against the Cowboys last week, 34-17. All of their losses this season came against playoff contenders mainly because of their offensive weaknesses. QB Lamar Jackson has a QBR of just 63.7- the lowest in his career. He does not receive enough help from his receivers and WR Marquise Brown has just 555 yards to his resumé. The team prefers to run the football on lots of reading plays.

Unbelievably, the Cleveland Browns are 9-3 and already qualified for the playoffs. They are on a 4-game winning streak with wins over the Texans, Eagles, Jaguars, and most impressively the Titans. They just smashed them last week in a very dominating fashion where at one point it was an over 20-point lead. The rushing game is one of the best in the league, averaging 157.8 yards per game and QB Baker Mayfield is limited to just a handful of throws per game.

The first meeting of the season between these two teams was in week 1 and Baltimore won 38-6. This game will be a lot different as at that time, Cleveland was still a mess. They decided to go with rushing since then and an aggressive defense. This proved to be a winning tactic and I’ll side with the home team here. 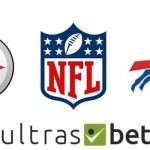 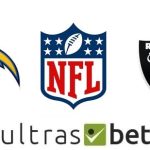