The Los Angeles Chargers turned things around last week by beating the Falcons at home. QB Justin Herbert was asked to throw the football 44 times but he did really well, completing 36 of his passes for 243 yards, 2 touchdowns, and 1 interception. There is a lot to be asked on the defensive side of the ball but the Chargers still made some key stops down the stretch and forced 3 turnovers.

The Las Vegas Raiders are 7-6 and still in playoff contention. They, however, won just 1 of their last 3 games and this victory came against the Jets who technically forfeit. The Raiders’ defense is one of the worst in the league and it allowed 44 points last week against a Colts’ team that has numerous issues on offense.

With all this being said, I believe we will be in for a shootout here. Both defenses have lots of areas to improve while the offenses have the ability to outscore almost everyone in the league. When these two teams meet, it’d be really shocking if they can’t score at least 25-26 each. 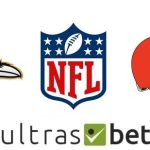 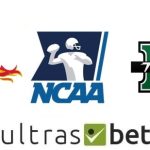