The Baltimore Ravens played very well against the Titans, especially on defense. They beat them 20-13 and allowed just 40 rushing yards to RB Derrick Henry. That was the tie-breaker here as they got an early lead and forced QB Ryan Tannehill to throw the football. Even though he completed nearly 70% of his throws, he finished with just 165 yards, 1 touchdown, and 1 interception. Most of his throws were short ones and he was not able to make any key plays.

The Buffalo Bills were able to overcome the great Colts’ defense and beat Indianapolis 27-24. It is fair to say that we expected more from Buffalo on defense and QB Philip Rivers can consider himself lucky after such a great outing for him. On offense, it was just what we knew about the Bills. QB Josh Allen had another great performance, throwing for 324 passing yards and 2 touchdowns.

I expect Josh Allen and those boys to put a bit more fight than Tennessee put against Baltimore. Even if the Bills start trailing at some point, that should not be an issue as they have a great passing offense. Their roster is loaded with talent and I expect them to cover. 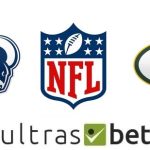 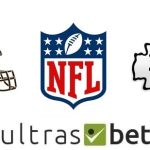