The Los Angeles Rams played really well against the Seattle Seahawks and truly deserved their win. Seattle’s offense was able to score just 20 points and QB Russell Wilson was totally neutralized. He finished the game with just 174 passing yards and below 50% passing completion. On the other end, QB Jared Goff was also not asked to make that many throws but he was very efficient. WR Cooper Kupp made some outstanding plays while the Rams predominantly rushed the football.

The Green Bay Packers had a bye week after finishing first in the NFC. They really ended the season strong with 6 consecutive wins. As a whole, they only conceded 3 losses and they came against the Colts, Vikings, and Buccaneers. The Packers’ most impressive win came against the Saints early in the season when they beat them 37-30. Apart from that, their schedule was really easy, but we can’t deny that they have the best offense in terms of scoring points- averaging 31.8 points per game.

The Los Angeles Rams is a tough team that has only lost 3 games by more than a touchdown. Green Bay is allowing 112.8 rushing yards per game and the Rams will definitely exploit that. Los Angeles will milk the clock, make stops on defense, and cover the spread. 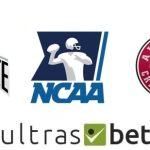 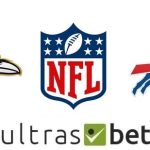