Mercedes-Benz Stadium in Atlanta hosts the final of MLS 2018 between the teams of Atlanta United and Portland Timbers.

Portland Timbers won the MLS Cup in 2015 after defeated Columbus Crew 2:1 at the final game.Three years later, Portland Timbers again argued for the title and would try to triumph at the stadium of their rival.

The team of Atlanta United finished in the final after a 3-1 win on aggregate against the New York RB of the 1/2 finals. Previously, Atlanta recorded two victories against New York City with 3:1 and 1:0. Josef Martínez is Atlanta United’s top scorer with three goals scored in the playoffs. The Venezuelan will be the most dangerous player in the front line for the defense of the guests and they will have to stop him if they want to win the title.

Atlanta United have not yet won the MLS title and that’s their big chance to do so. The hosts had a very strong season and were among the favorites for the title, so we expect them to be seen in the final game. In my opinion, Atlanta United will win the game and will rejoice their fans with the 2018 MLS Cup Playoffs. 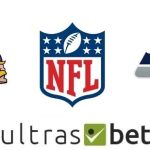