In a game from NFL Week 1, we will see Atlanta Falcons at Philadelphia Eagles.

The 2018 NFL season kicks off on Thursday with a great game. The Atlanta Falcons were one catch away from going to the Championship game when one of the best receivers in the game Julio Jones dropped a pass in the end zone. The Falcons improved their defense during the off-season and they also added another wide receiver – Calvin Ridley from Alabama. Most NFL analysts predict that he will benefit from the double coverage Julio Jones gets and from the attention Mohamed Sanu brings. Matt Ryan will be more than ready to forget his last campaign with the Falcons where his stats fell off a bit.

The Eagles will be led by the defending NFL champion Nick Foles. Foles had a great run, replacing Carson Wentz in the postseason and now most of the NFL analysts are talking about a potential “hangover”.

Philadelphia has many question marks on offense and having in mind that the Falcons have one of the fiercest and speedy defenses in the NFL, it will be really tough for Foles to thrive under the pressure. WR Alshon Jeffery passed his physical test, but he is unlikely to play on Thursday. The Falcons don’t have any injured or suspended players and we will finally see if Matt Ryan is on the same page with the offensive coordinator Steve Sarkisian.

Matty “Ice” will get revenge over the Eagles on the road with a narrow win in a low-scoring game. 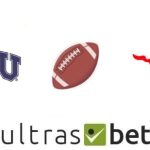