Arkansas State will play against Appalachian State in Week 8 of NCAA Football on Thursday.

Arkansas State is 3-2 and it is coming from a very entertaining game against Georgia State, a 59-52 win. The Red Wolves are 3rd in passing yards with 384 yards per game and 17th in points scored with 38.2 points per game. The offense is free-flowing and QB Logan Bonner is doing a tremendous job, completing 64% of his throws for 938 yards, 11 touchdowns, and 3 interceptions. The team is struggling on defense as it is giving up nearly 40 points per game.

On the other side, we have an Appalachian State side that is 2-1 after beating Charlotte and Campbell and losing to Marshall. The team is averaging 31 points per game on offense and allowing 19.3 points per game on defense. This is a team that likes to control the clock by pounding the football. RB Daetrich Harrington is the team’s leading rusher with 301 yards and 6 touchdowns on 59 carries. QB Zac Thomas is completing 62.3% of his passes for 603 yards, 2 touchdowns, and 2 interceptions.

Appalachian State is the much better team, however, we saw that Arkansas State can score in bunches and I expect this to happen for another week. Their offense will definitely keep up with Appalachian State till the end. Prediction: 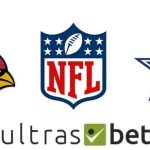 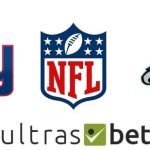