Arizona Cardinals will play against Dallas Cowboys in week 6 on Monday Night Football.

The Arizona Cardinals are 3-2 after beating the 49ers, Jets, and Washington while at the same time, losing to the Panthers and Lions. This is a very young team that is prone to mistakes. QB Kyler Murray is completing nearly 70% of his throws for 1299 yards, 8 touchdowns and 6 picks. RB Kenyan Drake proved to be a good addition, coming from Miami while WR DeAndre Hopkins is the real star player of his team. He already has 528 receiving yards, leading the way ahead of Christian Kirk who has 154 yards.

The Dallas Cowboys are 2-3 after losing to the Rams, Seahawks, and Browns and beating the Falcons and Giants. The defense looks atrocious and it is allowing 36 points per game which is the worst in the league. The offense, on the other side, is doing a good job of playing catch up, averaging 32.6 points per game which is good for 3rd in the league.

I just can’t see this not being another high-scoring game. Kyler Murray will finally have plenty of time to throw to Hopkins who will just smash those Cowboys. On the other hand, Dak Prescott will once again have to play from behind and find his good receivers. 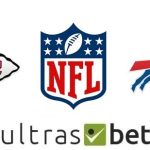 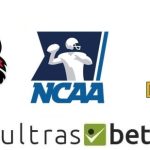