Arizona State is 3-1 after beating Kent State, Sacramento State and the 18th ranked Michigan State before losing to Colorado. The defense is solid and it allowed just 7 points per game in the first three weeks before letting Colorado score 34 on them. The offense is very various as they try to combine the passing and the running game. Freshman Jayden Daniels is completing 61% of his throws for 1073 yards, 5 touchdowns, and 1 interception. RB Eno Benjamin has run for 292 yards on 77 attempts for 3 touchdowns.

Cal is 4-0 after the first 4 weeks of football and the Golden Bears also had a memorable win over Washington in week 2. The team is currently ranked 15th and I expect them to move the chains after week 5 and another solid win. QB Chase Garbers has thrown for 835 passing yards, 7 touchdowns, and 2 picks. RB Christopher Brown Jr, on the other side, has run for 335 yards on 73 carries and 2 touchdowns.

Even though the Arizona State defense is no joke and it will certainly slow down Garbers and Co., I do not see them getting anything out of this game. The Sun Devils have a freshman QB who will fall under pressure and Cal will get an easy victory. 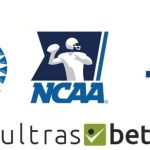 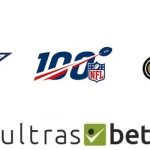